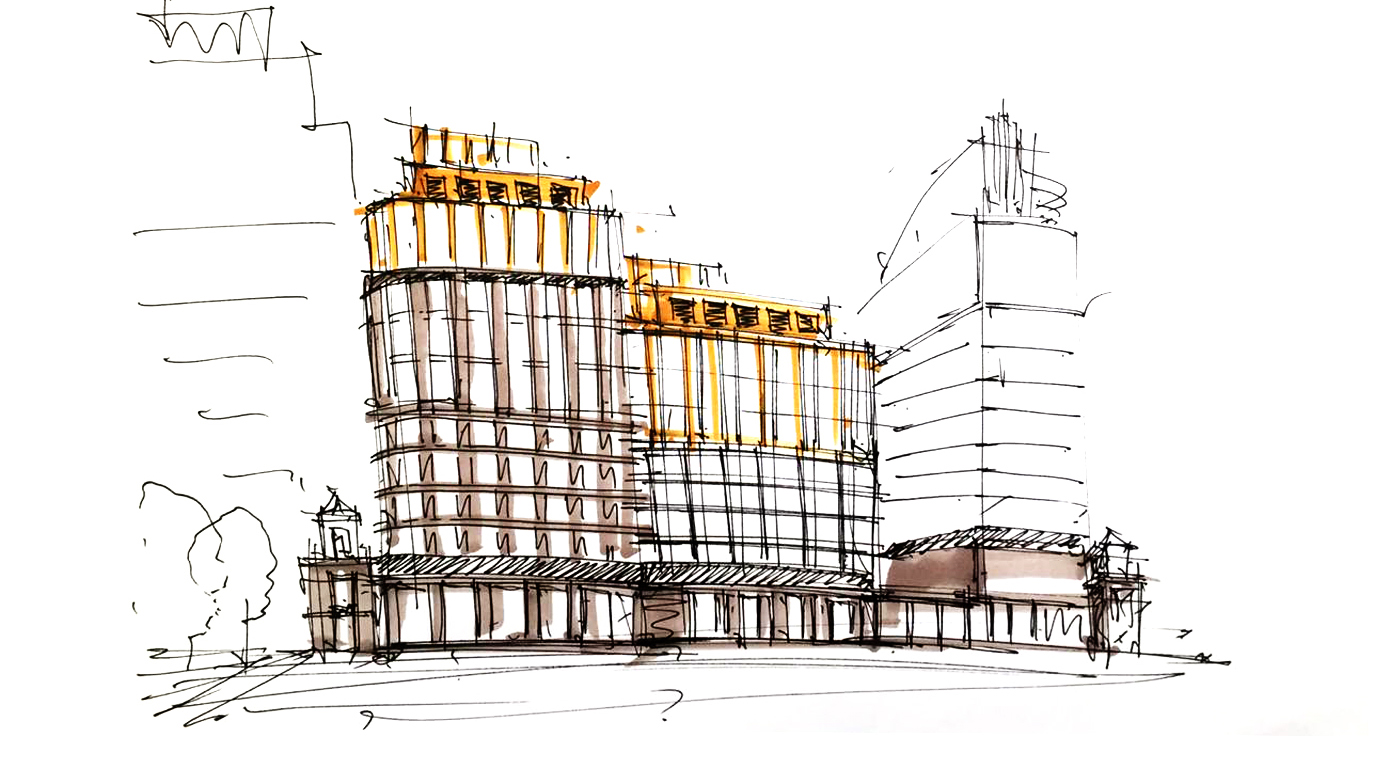 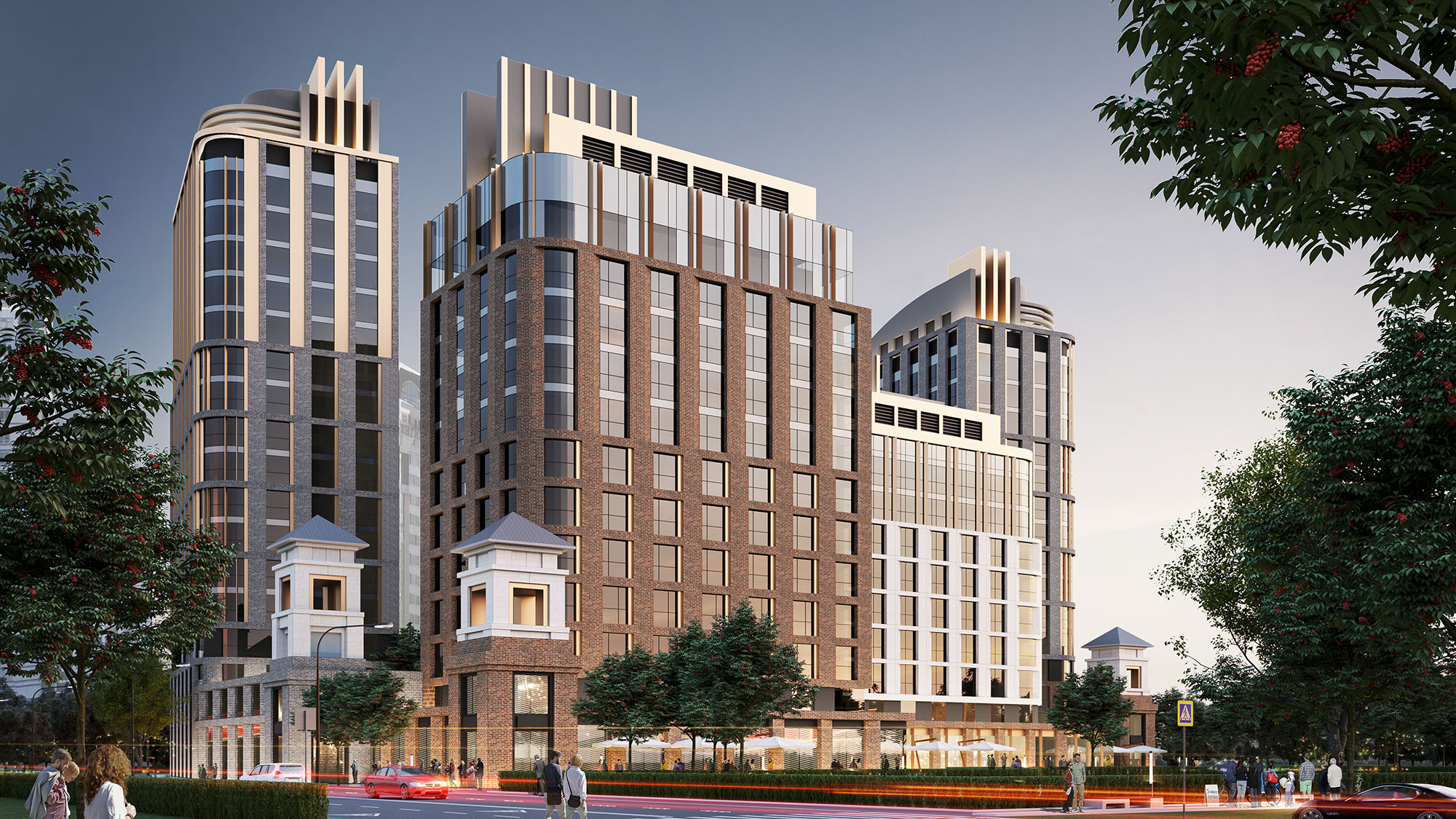 The project site resembles a gap in the urban tissue of one of Almaty's well-developed urban planning nodes, notable for being formed as an important cultural center with the State Museum of Arts of the Republic of Kazakhstan, named after A. Kasteev and the central stadium of the time. The urban block underwent transformations in the 2000s with the Grand Aiser Hotel's construction and large residential complexes such as the Tengiz Towers, Dream, and Central Esentai. The authors of the Riverside apartment complex project considered the historical context and neighborhood character. The different number of stories of its four buildings were designed to create a harmonious silhouette, and its height parameters were adjusted to not overlap with other structures. In solving architectural and artistic problems, the aesthetics of Art Deco style and Soviet brutalism architecture were the starting points for interpretations, with the functional form of architectural blocks divided vertically and horizontally by the rhythm of different types of facades and the size of window openings. The illumination of volumes further emphasized the aesthetics of the form in the evening hours. Generally, a high level of comfort in the living environment will be achieved through commercial spaces on the ground floor, a usable roof, and high-quality landscaped courtyard space, creating an atmosphere of coziness and satisfaction. 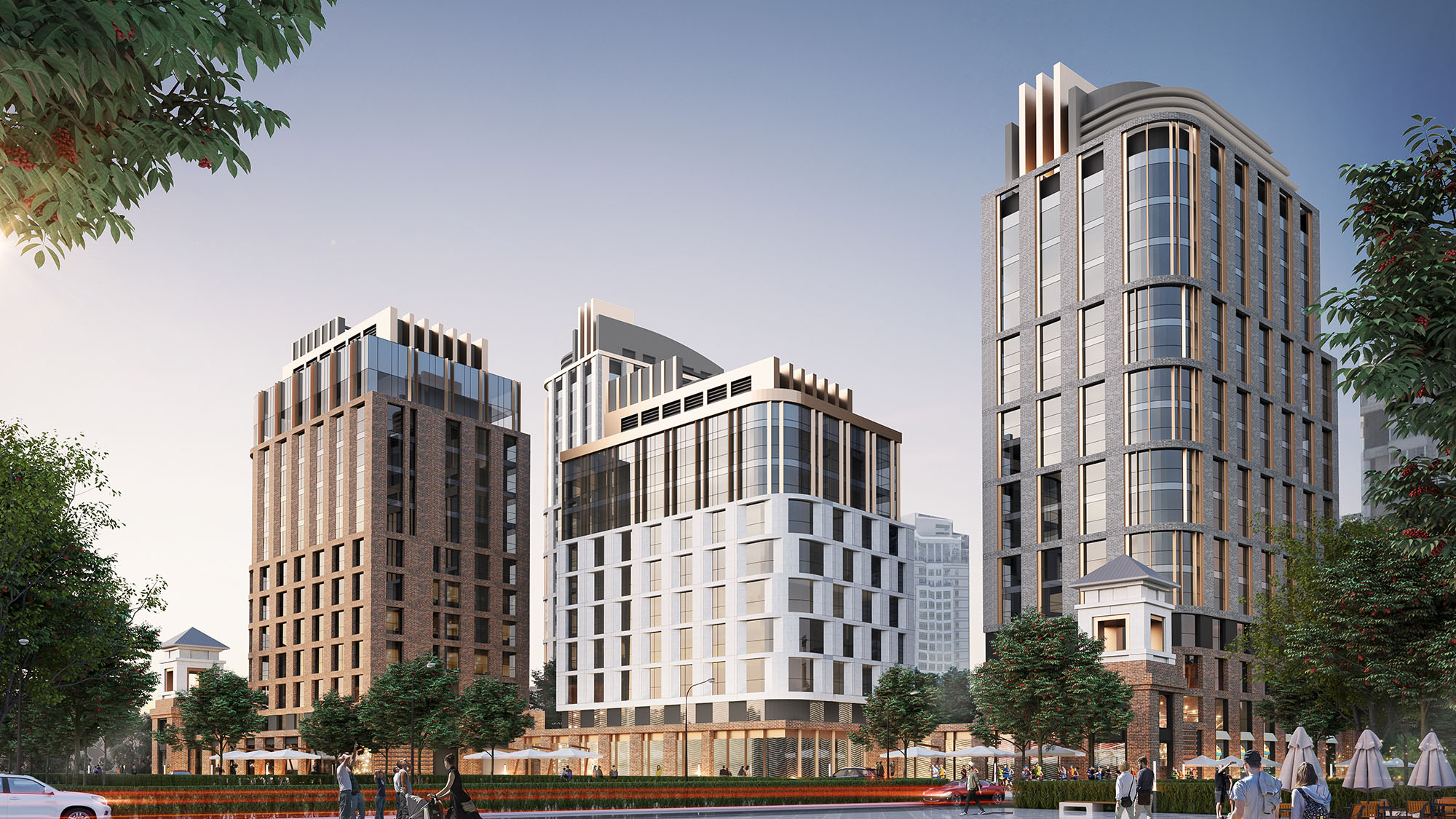