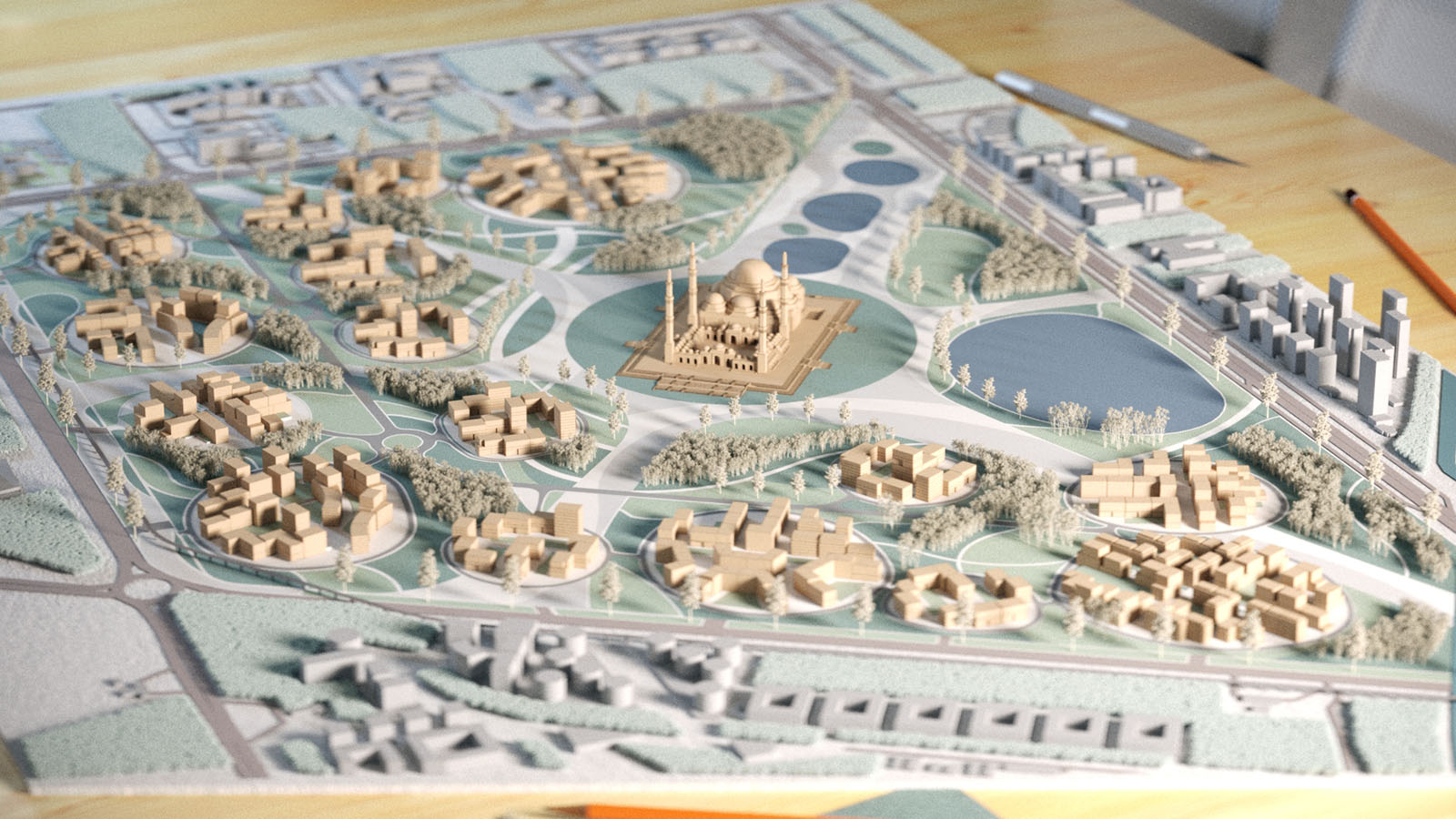 The Grand Mosque is floating above 200ha of human-planted forest called The Green Belt, which started in 1997 in Nur-Sultan. The site creates the city’s first impression, as the roads adjoining the area connect to the airport. Therefore, the city mayor announced a competition for a masterplan, looking to create a neighborhood that would serve as a gateway and “complete” the southern part of the city.

The proposed masterplan interweaves nature with the human landscape. The Grand Mosque neighborhood consists of circular sustainable urban communities with unique character and specialization. Such form references the cosmic symbolism that is present in Islamic arts. Moreover, it adds to the scenery as a person moves through an urban block’s edge.

The 258ha development provides housing, retail and cultural facilities, employment opportunities, urban schools, and a 195-ha network of parks, alleys, and water canals. In between, there are the plantations of the Green Belt. That way, all residents and users would have the same access to the greenery and feel enclosed in nature.

The new district will enhance the sacred meaning of the Grand Mosque and reflect it in its architecture - geometrical, strict symmetry, and bright stone finishes. We aspire to create a strong heart for the country’s Muslim community via built form, materiality, and symbolism.